The exhibition features objects from the British Museum collection as well as important loans from major collections across the UK and Europe, including an entire medieval stained glass window on loan for the first time from Canterbury ...

Marking the 850th anniversary of his dramatic murder, this major exhibition and book presents Becket's tumultuous journey from a merchant's son to Archbishop of Canterbury, and from a revered saint in death to a 'traitor' in the eyes of Henry VIII over 350 years later. The assassination of Thomas Becket in Canterbury Cathedral on 29 December 1170 changed the course of history. Becket was one of the most powerful figures of his time, serving as royal Chancellor and later as Archbishop of Canterbury. Initially a close friend of King Henry II, the two men became engaged in a bitter dispute that culminated in Becket's shocking murder by knights with close ties to the king. Becket was quickly canonized a saint by the Pope and his shrine at Canterbury became a major center of European pilgrimage. Becket's international popularity endured for centuries until Henry VIII attempted to eradicate his cult as part of his reforms of the Church in England. Featuring an incredible array of objects associated with Becket, including medieval stained glass, manuscripts, jewellery and sacred reliquaries, Thomas Becket: murder and the making of a saint explores his dramatic life, death and legacy. This unique and fascinating story reveals the political and religious landscape of medieval Europe, demonstrating the formation and endurance of his cult. In death, Becket remained a figure of opposition to power and came to be seen as a defender of rights of the Church. An extraordinary number of miracles were recorded in the immediate aftermath of his death, leading to his rapid canonization and the development of his cult. Images of Becket are found across Latin Christendom, from Germany and Spain, to Italy and Norway and Becket's shrine at Canterbury Cathedral became one of the most significant pilgrimage sites in Europe. A dedicated section will delve deeper into the Miracle Window of stained glass from Canterbury Cathedral. Here, new research from Professor Rachel Koopmans (York University, Toronto) examines the creative complexity of the windows, shedding light on the recent discoveries that led to the re-evaluation of some of the panels which were previously thought to be modern replacements.

Authors: Lloyd De Beer, Naomi Speakman
Categories: Biography & Autobiography
Marking the 850th anniversary of his dramatic murder, this major exhibition and book presents Becket's tumultuous journey from a merchant's son to Archbishop of Canterbury, and from a revered saint in death to a 'traitor' in the eyes of Henry VIII over 350 years later. The assassination of Thomas Becket 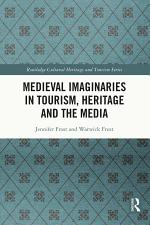 Medieval Imaginaries in Tourism, Heritage and the Media

Authors: Jennifer Frost, Warwick Frost
Categories: Business & Economics
This book examines the pervading influence of medieval culture, through an exploration of the intersections between tourism, heritage, and imaginaries of the medieval in the media. Drawing on examples from tourist destinations, heritage sites, fictional literature, television and cinema, the book illustrates how the medieval period has consistently captured the 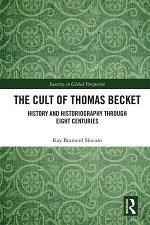 The Cult of Thomas Becket

Authors: Kay Brainerd Slocum
Categories: Religion
On 29 December, 1170, Thomas Becket, Archbishop of Canterbury, was brutally murdered in his own cathedral. News of the event was rapidly disseminated throughout Europe, generating a widespread cult which endured until the reign of Henry VIII in the sixteenth century, and engendering a fascination which has lasted until the 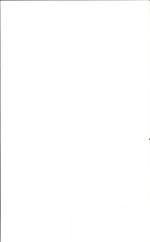 The Ritual Theory of Myth 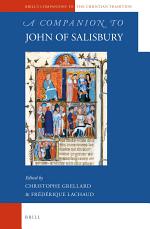 A Companion to John of Salisbury

Authors: Joseph Eddy Fontenrose
Categories: History
The Companion to John of Salisbury provides an overall introduction to the place of John of Salisbury in the political debates of twelfth-century England and the history of the Church, as well as to his philosophical work, his political thought and his writing of history

Defending Against Attack -- The Shotokan Way

Biochemical Catalysts in Life and Industry

Life in the Ocean

The End of an Earring

The A to Z of Wall Street