Diving into the pulmonary microenvironment, the book focuses on the role of pulmonary neuroepithelial bodies (NEBs) as potential receptors and effectors, able to store and release neurotransmitters.

This monograph sheds new light on pulmonary sensory receptors. Diving into the pulmonary microenvironment, the book focuses on the role of pulmonary neuroepithelial bodies (NEBs) as potential receptors and effectors, able to store and release neurotransmitters. It explores NEBs as potential stem cell niche and highlights the multidisciplinary approach taken to identify and study NEBs, including functional morphological investigation, live cell imaging, genetic models, and laser microdissection combined with gene expression analysis. Complexly organized NEBs are an integral part of the intrapulmonary airway epithelium of all air-breathing vertebrates. For decades a quest has been going on to unravel the functional significance of these intriguing structures that appear to be modified in the course of many pulmonary diseases. The NEB microenvironment (ME) is composed of organoid clusters of pulmonary neuroendocrine cells (PNECs) that are able to store and release neurotransmitters and are closely contacted by extensive nerve terminals, emphasizing a potential receptor/effector role and probable signalling to the central nervous system. PNECs are largely shielded from the airway lumen by a special type of Clara cells, the Clara-like cells, with potential stem cell characteristics. So far, functional studies of the pulmonary NEB ME revealed that PNECs can be activated by various mechanical and chemical stimuli, resulting in a calcium-mediated release of neurotransmitters. In the past decades, a number of publications have exposed NEBs as potential hypoxia sensors. Recent experimental evidence unveiled that the NEB ME is a quiescent stem cell niche in healthy postnatal lungs, and silencing may involve bone morphogenetic protein signalling mediated by vagal afferents. Only an integrated approach that takes all current information into account will be able to explain the full role of the pulmonary NEB ME in health and disease. This highly informative and carefully presented book, provides insights for researchers, PhD students with an interest in (bio)medical and veterinary science, especially in the field of the autonomic innervation of the lung, chemo-and mechanoreceptors 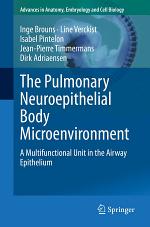 The Microenvironment of Pulmonary Neuroepithelial Bodies 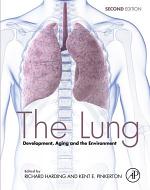 Authors: Kent Pinkerton, Richard Harding
Categories: Science
The second edition of The Lung: Development, Aging and the Environment provides an understanding of the multi-faceted nature of lung development, aging, and how the environment influences these processes. As an essential resource to respiratory, pulmonary, and thoracic scientists and physicians it provides an interface between the “normal and “disease 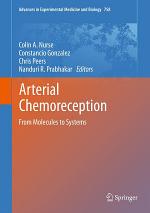 The Age of Oil

The World of Carl Sandburg

A Year of Wicca

The Private Life of Elder Things

The Farmhouse Culture Guide to Fermenting

The Boy I Grew Up With

Travel Like a Local - Map of Santiago de Surco