Although in turning over the notebook Cook had stipulated that no part of it could be copied or published, the Danes made a complete photographic copy of the book and stored it away quietly before returning the original to him in 1911.

On September 1, 1909, the veteran American explorer Dr. Frederick A. Cook, wired the unexpected news that on April 21, 1908, he had attained the North Pole, the greatest geographical prize left on earth. His landing at Copenhagen touched off a frenzy of adulation, ending with him heaped in honors. The drama increased when word arrived that Robert E. Peary, after 23 years of intermittent arctic expeditions, had reached the North Pole on April 6, 1909. A few days later Peary intimated that Cook's story should not be taken seriously and before the week was out declared that his rival had simply “handed the world a gold brick.” Thus began the greatest geographical dispute of all time. “The Polar Controversy” was front page news for the better part of four months and has been argued over ever since. Cook was the public's initial favorite because of his gentlemanly demeanor in the face of bitter attacks, but before long a skillful press campaign mounted by Peary's powerful backers began to undermine Cook's credibility. First, members of Peary's expedition swore that Cook's Inuit companions denied ever being out of sight of land on his recent attempt, and therefore never closer than hundreds of miles to the pole. Next, Ed Barrill, only witness to Cook's 1906 claimed ascent of Mt. McKinley, swore the climb was a hoax arranged to help Cook avoid financial ruin. Finally, two men swore additional affidavits saying they had been hired by Cook to fake a set of astronomical data in proof of his having been at the pole. When Cook's polar “proofs” were examined by the Copenhagen scientists to whom he had promised them while in Denmark, they found no trace of the allegedly forged observations among them. But they also could not find in them “any proof whatsoever of Dr. Cook having reached the Northpole.” The negative verdict of the judges Cook had chosen for himself instantaneously branded him in the press as “a monster of duplicity.” This, coupled with the fact that Cook had apparently fled the country, convinced many that their recent hero was nothing more than a contemptible cheat. At the same time it allowed Peary to step forward and claim the prize he had sought for so long: the everlasting fame that belonged to the Discoverer of the North Pole. The last thing Cook did before dropping from sight for a year was to submit one of his polar notebooks in support of his claim to the University of Copenhagen. Originally he had only sent a copy of a part of it, along with narrative material similar to that published in the newspapers in the Fall of 1909. The Danes were not impressed. They said that the notebook did not alter their previous verdict and that, in fact, it raised further doubts. The entire affair was an acute embarrassment to Denmark, where Cook had received high honors, including a gold medal and a very rare honorary doctorate from the University. He had even been personally received by the Danish king, who, along with the Danish scientists, were now being depicted as gullible fools in the American press. Although in turning over the notebook Cook had stipulated that no part of it could be copied or published, the Danes made a complete photographic copy of the book and stored it away quietly before returning the original to him in 1911. In 1993, while doing research for his monumental study, Cook & Peary, the Polar Controversy, Resolved, published in 1997, the author recovered the photographic copy of Cook's notebook, the original of which is now lost, from where it had lain unnoticed for more than 80 years. That notebook is the subject of this study. It provides the “smoking gun” that proves Cook did not reach the North Pole in 1908 in the form of a complete transcription of Cook's original diary. Its accompanying annotations clearly show why it contains convincing proof that Cook's claim was a premeditated hoax and that the verdict rendered in Copenhagen in 1909 was correct and fully justified.

The Lost Polar Notebook of Dr. Frederick A. Cook

Authors: Robert M Bryce
Categories: History
On September 1, 1909, the veteran American explorer Dr. Frederick A. Cook, wired the unexpected news that on April 21, 1908, he had attained the North Pole, the greatest geographical prize left on earth. His landing at Copenhagen touched off a frenzy of adulation, ending with him heaped in honors. 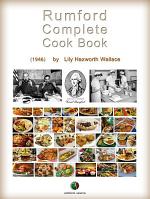 Authors: Lily Haxworth Wallace
Categories: Cooking
This book is the newest link in perhaps the greatest of cooking traditions. One can start that tradition 85 years ago, when Rumford was the first to issue booklets and folders on better cooking. So useful did these prove that in 1908 Rumford brought out the first edition of its 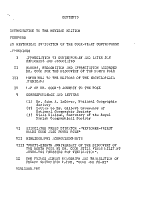 An Historical Evaluation of the Cook-Peary Controversy 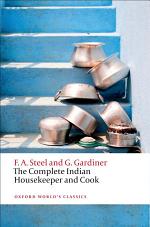 The Complete Indian Housekeeper and Cook

Authors: Flora Annie Steel, Grace Gardiner
Categories: History
'an Indian household can no more be governed peacefully, without dignity and prestige, than an Indian Empire' InThe Complete Indian Housekeeper and Cook (1888) Flora Annie Steel and her co-author Grace Gardiner provide practical, and often highly opinionated, advice to young memsahibs in India. They explain how to 'make a 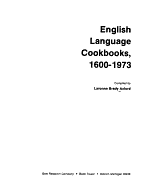 How To Make Jams, Pickles and Preserves

Mary and Lou and Rhoda and Ted

Windjammers of the Pacific Rim

Stop Here, This is the Place

The Logic of Quantum Mechanics: Volume 15

The Mystery of the Copper Scroll of Qumran

How to Build Hot Rod Chassis

The Wind in the Willows [Book with CD]

From Creation to Consummation, Volume III

The Girls Still Got It

The 500 Hidden Secrets of Hague

One to Count Cadence