In Headscarves and Hymens, Eltahawy takes her argument further.

A passionate manifesto decrying misogyny in the Arab world, by an Egyptian American journalist and activist When the Egyptian journalist Mona Eltahawy published an article in Foreign Policy magazine in 2012 titled "Why Do They Hate Us?" it provoked a firestorm of controversy. The response it generated, with more than four thousand posts on the website, broke all records for the magazine, prompted dozens of follow-up interviews on radio and television, and made it clear that misogyny in the Arab world is an explosive issue, one that engages and often enrages the public. In Headscarves and Hymens, Eltahawy takes her argument further. Drawing on her years as a campaigner and commentator on women's issues in the Middle East, she explains that since the Arab Spring began, women in the Arab world have had two revolutions to undertake: one fought with men against oppressive regimes, and another fought against an entire political and economic system that treats women in countries from Yemen and Saudi Arabia to Egypt, Tunisia, and Libya as second-class citizens. Eltahawy has traveled across the Middle East and North Africa, meeting with women and listening to their stories. Her book is a plea for outrage and action on their behalf, confronting the "toxic mix of culture and religion that few seem willing or able to disentangle lest they blaspheme or offend." A manifesto motivated by hope and fury in equal measure, Headscarves and Hymens is as illuminating as it is incendiary. 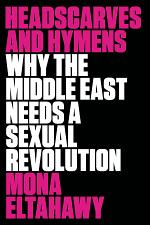 Authors: Mona Eltahawy
Categories: Religion
A passionate manifesto decrying misogyny in the Arab world, by an Egyptian American journalist and activist When the Egyptian journalist Mona Eltahawy published an article in Foreign Policy magazine in 2012 titled "Why Do They Hate Us?" it provoked a firestorm of controversy. The response it generated, with more than 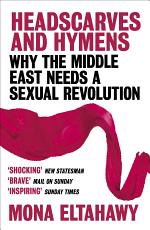 Authors: Mona Eltahawy
Categories: Biography & Autobiography
'Shocking, heartfelt and well-researched' New Statesman 'A ground-shaping book that defines the edge of so many vital contemporary debates. Hers is a voice simultaneously behind and beyond the veil' Colum McCann 'A fascinating, can't-look-away, whistle-stop tour of the Middle East' Daily Telegraph 'Brave and impassioned . . . A shocking
Language: en
Pages: 61

More Than Headscarves and Hymens 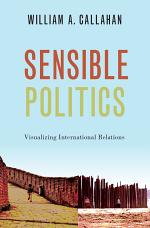 Authors: William A. Callahan
Categories: Political Science
Visual images are everywhere in international politics. But how are we to understand them? In Sensible Politics, William A. Callahan uses his expertise in theory and filmmaking to explore not only what visuals mean, but also how visuals can viscerally move and connect us in "affective communities of sense." The 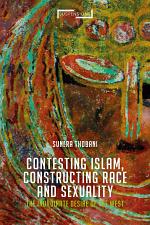 Authors: Sunera Thobani
Categories: Philosophy
The current political standoffs of the 'War on Terror' illustrate that the interaction within and between the so-called Western and Middle Eastern civilizations is constantly in flux. A recurring theme however is how Islam and Muslims signify the 'Enemy' in the Western socio-cultural imagination and have become the 'Other' against

Business Plans That Get Investment

Living In The Miraculous

The People vs. Barack Obama

What Every Future Widow Should Know

Where the Forest Meets the Stars

Guests Of The Sheik

The Kafirs of the Hindu-Kush