Alcohol, Drugs, and Impaired Driving addresses many theoretical and practical issues related to the role played by alcohol and other psychoactive drugs on driving performance, road-traffic safety, and public health. Several key forensic issues are involved in the enforcement of laws regulating driving under the influence of alcohol and/or other drugs, including analytical toxicology, pharmacology of drug action, as well as the relationships between dose taken, concentration levels in the body, and impairment of performance and behavior. Our knowledge of drunken driving is much more comprehensive than drugged driving, so a large part of this book is devoted to alcohol impairment, as well as impairment caused by use of drugs other than alcohol. For convenience, the book is divided into four main sections. The first section gives some historical background about measuring alcohol in blood and breath as evidence for the prosecution of traffic offenders. The important role of the Breathalyzer instrument in traffic-law enforcement, especially in Australia, Canada, and the USA is presented along with a biographical sketch of its inventor (Professor Robert F. Borkenstein of Indiana University) with focus on the man, his work and his impact. The second section discusses several issues related to forensic blood and breath-alcohol alcohol analysis as evidence for prosecution of traffic offenders. This includes how the results should be interpreted in relation to impairment and an evaluation of common defense challenges. Because most countries have adopted concentration per se laws, the main thrust of the prosecution case is the suspect's measured blood- or breath-alcohol concentration. This legal framework necessitates that the analytical methods used are "fit for purpose" and are subjected to rigorous quality assurance procedures. The third section gives a broad overview of the current state of knowledge about driving under the influence of non-alcohol drugs in various countries. This includes adoption of zero-tolerance laws, concentration per se statutes, and clinical evidence of driver impairment based on field sobriety tests and drug recognition expert evidence. The fourth section deals with epidemiology, enforcement, and countermeasures aimed at reducing the threat of drunken and drugged driving. All articles have appeared previously in the international journal Forensic Science Review, but all are completely updated with current data, references, and the latest research on developments since the articles were published. The book is a convenient collection of the best articles covering recommendations for blood and breath testing methods, public policy relating to such methods, and forensic and legal implications of the enforcement of measures to counter driving under the influence. 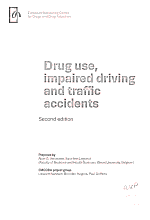 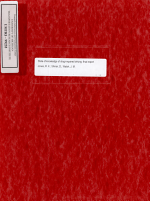 State of Knowledge of Drug-impaired Driving

Authors: Ralph K. Jones
Categories: Automobile drivers
Examines the current state of knowledge of drug-impaired driving. The review covers a broad range of related research, including the detection and measurement of drugs in drivers, experimental research on the effect of drugs on the performance driving-related tasks, drug prevalence in various populations of drivers, drug-crash risk, and countermeasures

Authors: A. Wayne Jones, Jorg Gustav Morland, Ray H. Liu
Categories: Automobile drivers
Alcohol, Drugs, and Impaired Driving addresses many theoretical and practical issues related to the role played by alcohol and other psychoactive drugs on driving performance, road-traffic safety, and public health. Several key forensic issues are involved in the enforcement of laws regulating driving under the influence of alcohol and/or other

Authors: National Highway Traffic Safety Administration
Categories: Self-Help
This report was prepared in accordance with Section 2013 of the Safe, Accountable, Flexible, Efficient Transportation Equity Act: A Legacy for Users (SAFETEA-LU). The report summarizes a series of studies undertaken by the National Highway Traffic Safety Administration to acquire the information needed to address the general problem of drug-impaired
Language: en
Pages: 55

Authors: National Highway Traffic Safety Administration
Categories: Drugged driving
The emergence of drug-impaired driving, notably marijuana-impaired driving, is a priority concern among road-safety stakeholders. In particular, the availability and potency of marijuana has increased, and the legalization of different forms of marijuana has occurred in many jurisdictions around the world. Of equal concern, in comparison to alcohol, much less

The Cultivation of I AM

Pain and Emotion in Modern History

The Cape of Good Cooks

A Hands-On Introduction to Data Science

The Art of Jose Gonzalez

When Mommy Had a Mastectomy

How Rory Thorne Destroyed the Multiverse

Equality in the Secondary School