In deep sleep, ideation ceases on the physical plane, and memory is in abeyance because the organ, through which the Ego manifests ideation and memory on the material plane, has temporarily ceased to function.

﻿Long kalpas of mental sleep, during which humanity was permitted to think only by proxy, preceded today’s self-consciousness alternating between wakefulness and sleep. When asleep, the ordinary man has no experience of any state of consciousness other than those emerging from his brain and the ever-deceiving physical senses. In deep sleep, ideation ceases on the physical plane, and memory is in abeyance because the organ, through which the Ego manifests ideation and memory on the material plane, has temporarily ceased to function. Spiritual Consciousness never sleeps because she is always in the Light of Reality and acts independently of the sleeping man. Impressions projected upon the brain may survive as “conscience.” But the Occultist, who knows that his Divine Self never sleeps, and lives in the Light of the One Reality — the same Light that illuminates every man in the world of being — says that during the state of sleep his mind (seat of the physical and personal intelligence) may get glimpses of that Light revealed by the Divine Thought, which was hidden from it during his waking hours. The spiritual perceptions of the Higher Ego are beyond space and time. Space and time are the illusory perceptions of his worldly shadow, whether wakeful or asleep. To see in Nirvana annihilation amounts to saying of a man plunged in a sound dreamless sleep — one that leaves no impression on the physical memory and brain, because the sleeper’s Higher Self is in its original state of absolute consciousness during those hours — that he, too, is annihilated. Alas! the human mind, unable to transcend the limitations of its individualised consciousness, totters here on earth on the brink of incomprehensible Absoluteness and Eternity. What, then, is the process of going to sleep? As a man exhausted by one state of the life fluid seeks another — e.g., when exhausted by hot air he refreshes himself with cool water — so sleep is the shady nook in the sunlit valley of life. Somnolence is a compelling sign that waking life has become too strong for the physical organism, and that the force of the life current must be broken by changing the waking for the sleeping state. Pernicious is the influence of the moon. Only one with remarkably strong nerves can sit or sleep under the moonlight without injury to his health. Shall we sleep with the head towards the north, south, east, or west? 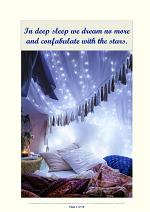 Authors: Helena Petrovna Blavatsky
Categories: Religion
﻿Long kalpas of mental sleep, during which humanity was permitted to think only by proxy, preceded today’s self-consciousness alternating between wakefulness and sleep. When asleep, the ordinary man has no experience of any state of consciousness other than those emerging from his brain and the ever-deceiving physical senses. In deep

Authors: Paula Astridge
Categories: Religion
The lives of those on the Titanic hinged on the tying of a shoelace and the taking of a nap -- two tiny details that made all the difference and dictated the actions of Captains Arthur Rostron and Stanley Lord - the men responsible for the rescue. In this novel, 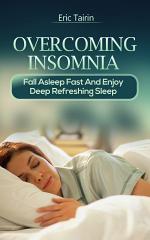 Authors: Eric Tairin
Categories: Health & Fitness
"Are You Insomniac? Do You Have Sleep Problems? Do you have trouble falling asleep? What Is Insomnia? What Are Reasons For Insomnia?" You know, when your mind is blurred during the day... When you feel weak... With abusive memory loss... Maybe you already lost your job due to insomnia! If 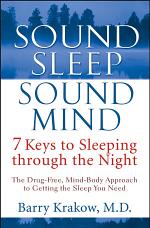 Authors: Barry Krakow
Categories: Health & Fitness
Praise for SOUND SLEEP, SOUND MIND "If you are one of the 100 million Americans suffering from poor quality sleep, Sound Sleep, Sound Mind provides a refreshing look at getting to the real solutions for our sleep-deprived, over-caffeinated, over-medicated, over-stressed, and exhausted society. Look no further to find the ways 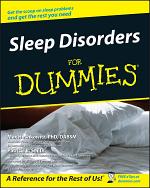 Authors: Max Hirshkowitz, Patricia B. Smith
Categories: Health & Fitness
When the last dinner dishes have been put away and the evening news is over, most of us think about going to bed. But for the millions who suffer from a chronic sleep disorder, going to bed doesn’t necessarily mean going to sleep. And for millions more who experience occasional

Detox Your Diet In Just 7 Days

Slow Cooker in a Flash

Gunther Prien and U-47: The Bull of Scapa Flow

The Way of the Actor

Rufus Dawes of the Iron Brigade

How To Write Helpful Reviews

The 10 Rules of Successful Nations

Murder on the Dark Web

Gender Equality in the Welfare State?

The Powers of Personification

The Handbook of Child and Adolescent Psychotherapy

Rabbit Language or Are You Going to Eat That?

The RMR Factor in Hockey