1-3 The Lens: Television Static Our next stop in channel surfing the Bible is to tune our TV set to a channel we don't even get. What do we find there? Nothing much. Just the beginnings of the universe.

Two thousand years ago, a simple man walked this planet with a simple message. They called him Jesus. His was a message of radical exclusion in a world he called the Kingdom of God. He spoke in parables grounded in common, everyday experiences, parables about yeast and leavened bread, weeds and mustard seeds, fishing nets and pearls. In the Kingdom of God, everyone was equal and differences made no difference. But the world couldnt handle such an outrageous message. Whoever heard of a world where differences make no difference? Of course, they make a difference. So they dangled him from a cross for all the world to take note. After his death, they honored him with a title, the Christ, and began a whole new religion in his name. But for two thousand years far too many have been dishonoring him by misrepresenting his message. His message of radical inclusion has been twisted and contorted into a message that far too many of his followers use to sanction that which he came to overcome. Instead of eliminating distinctions between insiders and outsiders, pure and impure, clean and unclean, his message has been used to perpetuate sexism, racism, age-ism, homophobism, imperialism, and all the other -isms that stand in the way of radical inclusion. All this has happened so gradually, literally over centuries if not millennia through crusty old doctrines, dogma, and creeds that very few have even noticed. Christianity has become fat and happy, just like the frog in the Parable of the Boiling Frog. You stick a frog in a vat of boiling water, and it will struggle with all its might to escape an otherwise certain death. But if you stick a frog in a vat of lukewarm water and ever so gradually keep warming it one degree at a time, the frog will grow comfortable in the increasing warmth of its environment until, before he realizes it, he has been boiled. Two thousand years later, it is time to set the record straight; time to return to Jesus simple message through the common, ordinary experiences of today. In the biblical witness, Moses wandered in the wilderness for forty years; Jesus, for forty days. So, too, shall we wander by channel surfing through forty chapters of scripture. From Adam and Eve to Ricky Nelsons Garden Party at Madison Square Garden; from the Book of Jobs Eliphaz, Bildad, and Zophar to The Three Stooges; from Matthews and Lukes nativity scenes to Larry, Darryl, and Darryl of The Bob Newhart Show; from the temptation stories and Jesus wandering in the wilderness to American Bandstand, the Temptations, and Dion & the Belmonts The Wanderer; from Pilate and Herod cross-examining Jesus to Judge Wapner and Judge Judy; from atonement theology to Lets Make a Deal, it is time to paint our antiquated parables with a more contemporary brush; in so doing, it is time to turn Jesus simple message into a profound reality. Onward, radical inclusion! On to the Kingdom of God. In the immortal words of Bart Simpson, Surfs up, dude. 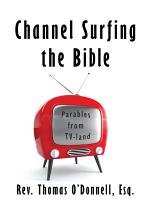 Authors: Rev. Thomas O’Donnell
Categories: Fiction
Two thousand years ago, a simple man walked this planet with a simple message. They called him Jesus. His was a message of radical exclusion in a world he called the Kingdom of God. He spoke in parables grounded in common, everyday experiences, parables about yeast and leavened bread, weeds 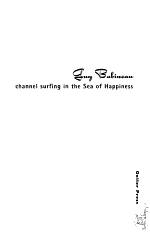 Channel Surfing in the Sea of Happiness 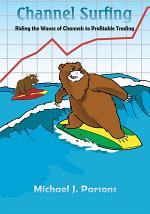 Authors: Michael J. Parsons
Categories: Business & Economics
Despite the proliferation of computer indicators, the professional trader recognizes that success in trading still depends on a person's ability to read, anticipate and react to market movement. But how do you define something that can change more often then the weather? The answer is to use the geometry of 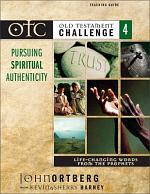 Authors: John Ortberg, Sherry Harney
Categories: Religion
Old Testament Challenge, Volume 4 is titled Pursuing Spiritual Authenticity: Life-Changing Words from the Prophets. The goal of OTC is to discover the life-changing truths of the Old Testament and how we can apply them to our lives today. Based on Pastor John Ortberg's OTC series at the New Community

How to Grow a Baby Journal

Writing for the Web

From Our Native Clay

How to Write and Speak Correctly

Kinship, Law and the Unexpected

The Shape of Baptism

Keep Calm and Let the Personal Assistant Handle It

Leadership in the Way of the Cross

Harmonic Laws Of The Universe - Pamphlet

Key Concepts in Accounting and Finance